Well it looks like we are at the end of another year and it’s time for another Micon Year End Wrap-Up and this year was chock full of fun stuff. It was a pretty productive year with a lot of it shaking things up quite considerably as we head into 2012.

The year started off with the completion of the TINMAN Screenplay as well as the Promo pages for the Tinman Film Website. A lot of cool content went into the project and 2012 we’re thinking will move us into the position to put this feature length bad boy into production.

January also started off with a new side project – Retro Assault

A title I designed and started working on Art Assets for in the first quarter of 2011. It ended up getting sidelined due to film projects but I picked it back up as of late and planning on moving forward with finishing it in 2012. A labor of love project influenced by the old style arcade shooters of yesterday I used to play when I was a kid but with some modern day flair added.

In March we Launched EverQuest II’s 7th game expansion Destiny of Velious. My contribution to this great expansion was Keal Drakkal, the largest dungeon constructed in EQ2 to date (nobody wants that title though..lol). A behemoth of a zone, it was very well received and generated a lot of great press for the project. The Art team as a whole did an amazing job on it and it has been such an honor to work with such talented people over the years.

3 Minutes of Fury was finally released! This was my third CD with Karlton over the past few years and easily his best work to date. Outside of some blistering guitar contributions, I got to work with Playboy Model Melany Lorenzo shooting the photography for the cover art.

Finding the Trailer Park Boys altered the household lexicon for months after. “The Shithawks are coming Bubbles” became one of many in a long list of Mr. Layhey impressions. Guilty Pleasure but So good…lol.

A year of SbiG (So Bad it’s Good) movie nights became the norm at the Bacon Estate. Every Thursday we would have film friends over for an evening of “So Bad it’s Good” movies which stated with Bad 70s Jaws knockoffs, to Bad Cult Classic Horror Films, to Bad “Chuck Norris Approved” Action Films, to Exploitation, Women in Prison, Roger Corman and Cornbread introduced us to Andy Sideras films which never ceased to entertain.

A lot of laughs and good times throughout. We celebrated the One year Anniversary of SbiG a few years back and look forward to rolling out a new year of them once we get settled in the new place.

The end of March marked a pretty dark moment for everyone at SOE. Due to the economy and some overreaching, SOE closed 3 studios and had a large downsizing that impacted a lot of people at our SD offices. The EQ2 team was probably hit the least fortunately but we did end of loosing a couple really good people off the team.

It was a sad day, but by the end of the year things seem to be doing well again and the EQ2 team in general is doing very well with the addition of Station Cash items that seem to be consistently rocking the revenue stream and solid content launched regularly so we are looking forward to relatively smooth 2012 without any casualties.

In Early May my Beautiful Daphne Passed away from Kidney Failure. This was a Sad Sad time and I still miss her. She was a great travel companion and friend.

This is kind of fun. I usually go to CNN to get news on a regular basis and happened to come across an article about Sony they were running and noticed they had a shot of Keal Drakkal for a screen shot. Kind of cool to see your work displayed in one of the largest news publications on the planet.

In 2011 we shot PREY, a 12 minute Horror short with Serial Killers, Hookers and Vampires. Though the run time was short, the production was our largest to date and ended up being a pretty solid little film. VFX work, Props, Sets, Integrating 3D elements…a lot of work went into the film and we had a total blast making it.

Mark Benjamin, Lauren Reeder, Ivana Brooks, Seph Hurley, Duane Besse and Lylah Dixon contributed some really great performances in it throughout and it was amazing working with them.

We also had the help of an amazing crew, met a lot of really cool people and looking forward to working with them in the coming year.

One of 2011 top stories, Korben Bacon is coming. Yes, the world is about to be Rocked again by Bacon II….he already has plenty of rockstar attire, a Vox amp and a Dad ready to teach him crazy guitar licks-o-plenty.

I’m sure he’ll be string skipping by age 2. Look for him in April. 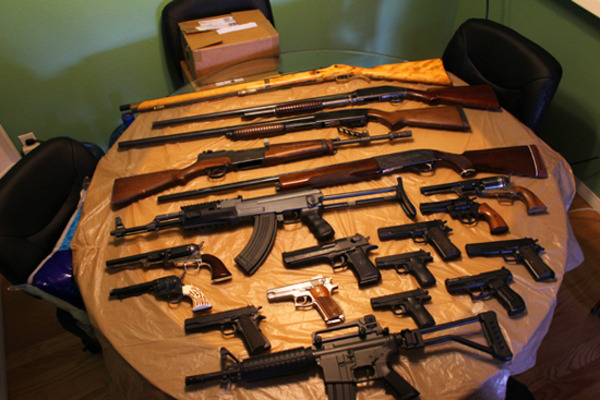 As we started winding down in 2011 and coming off of PREY I started up Hostile Foreclosure again, but ended up having to shelve it till after the new year due to our Home Purchase.

We got cast and crew, Props and Location in place. As soon as we get settled in to the new place we’ll be putting this into production..again. Third time’s the Charm right?

Don’t let the cute little faces fool you…We took on these two little Terrorists a few months back after one of Shannie’s co-workers found them abandoned in her yard and only a couple weeks old. These brothers are growing up fast and quite the handful but we love em. Judo has taken to them as well so the house is pretty lively with Kitten action these days.

At the close of 2011 we launched the 8th EQ2 expansion “Age of Discovery”.

My contribution to the Expansion was completely revamping the City of FreePort. The Expansion was a little different since it was more technical features than the regular heavy art update but the new city revamp was warmly received by the players with a punchier colour palette and much stronger accent details and overall polish.

The year bookended with a new new home purchase currently in Escrow. It’s almost like a TV show Cliffhanger..lol. Escrow closes on Jan 22nd and with any luck we’ll have the keys to the place and begin moving in at the end of the month.

As a new SbiG attraction we are looking foward to hosting some “Dive-In” movies around the pool.

The house has a completely detached and finished guest house off the side of the pool area Ill be building a pro Audio / Video Post production studio into so I’m looking forward to some really fun projects in 2012 and having the upgraded studio setup to accommodate them.

So that is the basic summary of some of the things that went down around here in this last year. A lot of good times with friends and family new and old and looking forward to what this next year brings. I am sure it will not be boring. lol…

Here’s wishing you all a safe and festive new-year!